In Australia, as overseas, some Red calves began to appear in black herds. Baraon Beppo and Erison of Harviestoun, Grandeur of Fordhouse and Benes of Gaidrew were the main source of the Red gene, but a study of the full pedigrees of early cattle coming to Australia and New Zealand, indicate that many others are likely to have carried the red gene.

By 1945, Reds were being gathered in the USA, particularly by Waldo Forbes, who recognised the many inefficiencies of cattle raising and started measuring the outputs as affecting cattlemen of the day.  He found his 18 Red Angus heifers showed a great advantage over his Herefords and in 1954, along with 8 other enthusiasts, he formed the Red Angus Association of America which was a compulsory performance tested society.

Leading up to the formation of the Red Angus Cattle Society in Australia, there were 7 well established herds of Red cattle:

Most of the Red Angus cattle in the early herds were unregistered and the growing demand for bulls for crossbreeding purposes indicated that the Red-coated Angus cattle had a sound commercial future in this country. The commercial attributes of these cattle, as assessed by the industry of the day, were the basis for sales made.

In early 1969, approaches were made to the Angus Society of Australia by some Angus Studs for the re-introduction of an appendix system so that Red cattle known to be from registered herds could be introduced into a herd book after 3 controlled generations and with inspections at each step. The proposed arrangement was rejected, and in May 1970, a group of persons interested in forming a Red Angus Society met held in Melbourne where a decision to form a Society was made. The foundation Councillors were Mr L.T Sanderson (President), Mr R. B Ritchie (Vice President), Mr J. Napier (Treasurer), Mr F. Pearson, F. Hood, and R. Needham.  An arrangement for a secretariat was made with the R.A. Soc. of Vic, Mr J. Stanton attending to Red Angus affairs, Mr Pearson to be the Liason Officer. Membership and cattle registrations grew rapidly.  All cattle for registration were inspected for faults and by the completion of inspections in 1971 some 330 females and 75 males were in the herd book and appendices. Come 1974, Mr F. C. Pearson became President, and the first Herd Book was produced.  The full members then totalled 43 and ordinary members 25.

Interest and membership have continued to grow in the Red Angus cattle since that time. Since 1974, further imports of Red Angus from Canada and the United States of America have seen the gene pool diversify.  Australian breeders have skillfully blended the best available genetics to produce Red Angus suited to our environmental requirements. Red Angus cattle are now distributed across Australia with the acceptance by commercial breeders of their productivity in a range of environments.  Australian Red Angus breeders have also exported their genetics to China and Vietnam. 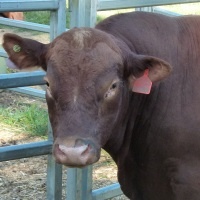 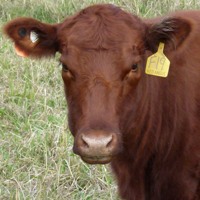 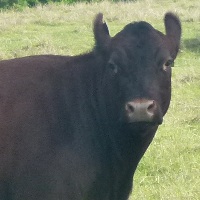